When the Letter E is Dropped in Fast Spoken French 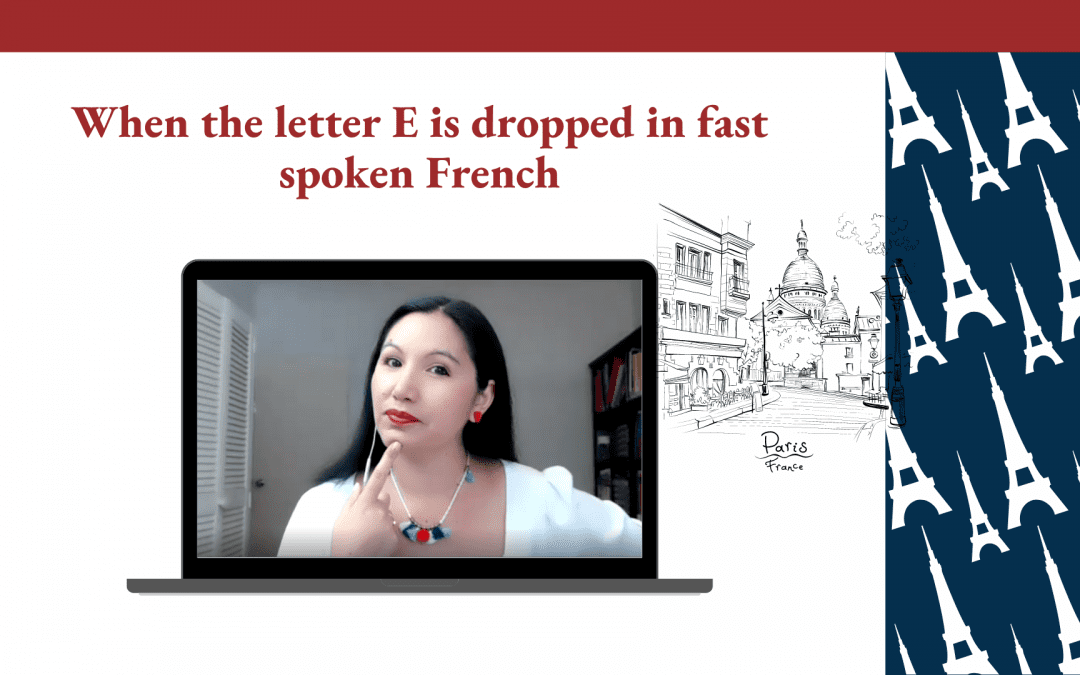 When listening to people speaking French at full speed, it will often seem like the words blend together and sound nothing like the written words at all.

If you are using closed captions to follow a conversation you will likely wonder, ‘Where did half of that word go?’

Now the letter E is the most common letter in French words but while you will notice it a lot in written text it is often obsolete in the spoken language.

WHEN TO NOT PRONOUNCE THE FRENCH ‘E’

As the letter E is so common in the French language, to speak like a French native it is imperative to understand the difference between the written and oral language around the letter E.

There are 5 rules that will help you to understand when the letter E is dropped.

Remember that if you love the sound that French makes – its musicality – then it is worthwhile learning how to pronounce things in a more natural French.

Do you know what language the French actually love most?

IMPROVE YOUR FRENCH PRONUNCIATION AND DROP THE LETTER ‘E’

Now that you have a basic understanding of the letter E rules, check out the video below I made to help French learners such as yourself understand these rules a bit better.

I go through each of the 5 rules mentioned above and show examples for each rule, so you can both hear and see the rule being applied. I also go through the exceptions for Rule number 3 so be sure to check it out.

Make sure you subscribe to the channel for more French learning tips and tricks.

If you are looking for private tuition to help improve your French speaking, contact us by clicking here. French Speak offers private lessons for French learners of all ages and levels.

To help learners like you gain even more confidence in speaking and understanding more French, I’ve created a special training called ‘Tricky French sounds’ so you can learn to spot those typically French sounds when you hear them and perfect how you say them yourself. It’s free and you can watch it here:

There are lots of great videos about all aspects of French speaking, listening and pronunciation, including Letter combinations as mentioned above.