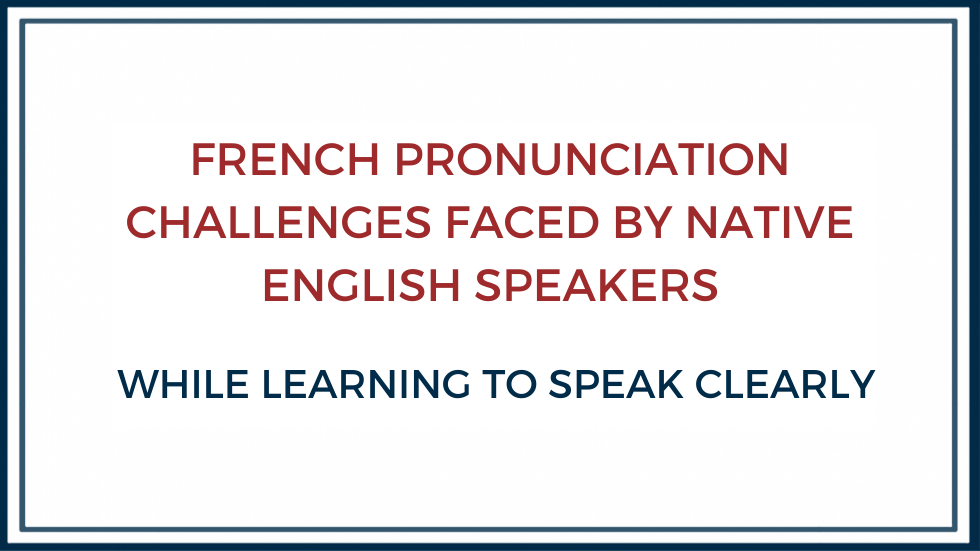 There are some common difficulties with French pronunciation we face being native English speakers. Learning is one aspect, and you cannot learn without speaking a particular language. In this article, we will be addressing the basic challenges faced by native English speakers while learning to speak French.

There will be plenty of readers who will be able to relate to this article. To bring out the reasons why you too will face these difficulties while learning and how to overcome them, I would like to share some highlights from an interview

I had with the lovely Sarah Lobegeiger de Rodriguez from Voice Science. Here are the questions that were asked during the interview:

French learning was forced upon Sarah. So, when she was 20, she decided to switch from acting to opera singing. She decided that instead of being a Shakespearean actor, actress, which was her goal, she now wanted to become an opera singer, which is a very long process. Her first audition for Aria to enter the Conservatorium was a French song.

So, she had to get her French sorted as best as possible, given that she was born in Perth. She worked in a French patisserie for a few years, but that didn’t help her sung French. So, French has always been a thing that she had to learn around the pronunciation of the sounds rather than fluency for speaking because, in opera, you have to deal with very old texts and non-functional sort of things for everyday conversation. So, once she got into the ACI musical performance degree, she had French in her studies’ final year.

It made her think that there is an impression Australians have about French in the opera singing community as being the hardest one, although there are grammatically trickier languages out there.  Consequently, she had to learn French for the year. And, for that she was asked to buy the Collins Dictionary of French. She had to translate lots of song text by many French poets. In her final recital, she had to do a French art song, which she was taught to read aloud a lot and practice reading pronunciation for it.

Since then, she discovered to learn pronunciation, which is a tip for all of you. It would help if you linked it to something you’re actually going to do with the language. Sitting at a desk and “reading” French will not help at all. Even if you have photogenic memory, it does not make your spoken French fluent. Some French words are very different, and you can only learn them by speaking. You might be familiar with the spelling and the letters, but unless you don’t practice the pronunciation, what is before you and what’s going on with the brain is going to be very different. It needs to be in perfect sync. When you read a word, your brain should be speaking that word in your in the correct pronunciation. 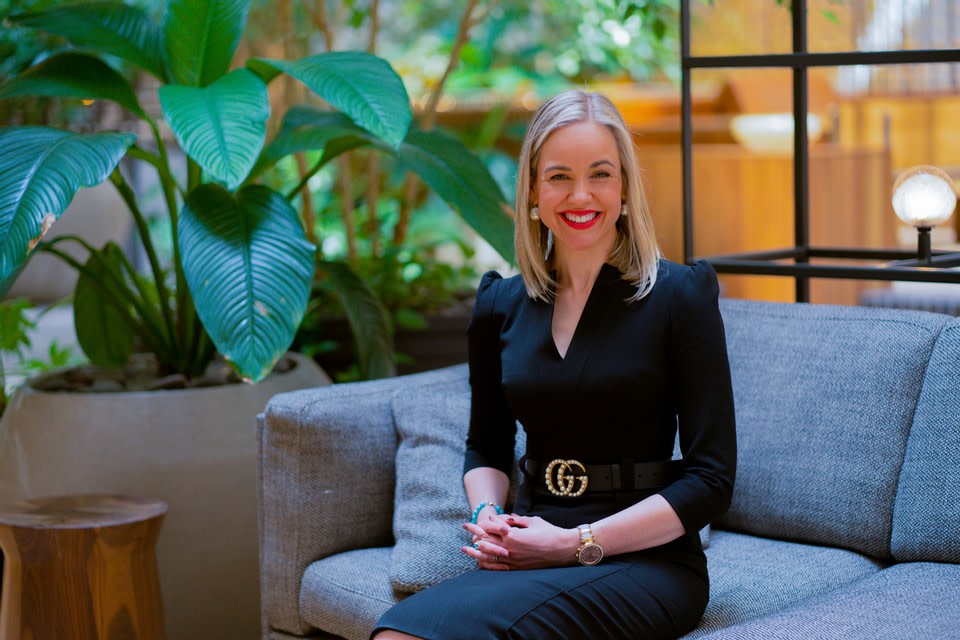 According to Sarah, for all Australians or even just English native speakers, there are two challenges:

The first is often the lack of exposure to alternate languages from a young age. So, as a speech-pathologist, she learned a lot about how the brain acquires new pronunciation sounds and the difference between how kids vs. adults get them. The biggest challenge as an adult is that you cannot mimic. So, when someone shows you a sound and says the sound for you, the ability to replicate what you hear will be really weak. And that’s because the brain has already kind of solidified in its capacity to mimic.

Young children are like parrots, you know, with a parrot, it hears a sound over and over again, and the way the brain is wired, it can instantly replicate that sound accurately. Kids can do that because they’re in this phase of learning language, in overdrive, so the brain is very plastic for mimicry. Once they’re about the age of thirteen, producing sounds without substituting the mother tongue is pretty much impossible. Ironically, as an adult, it’s not about the sound you hear. It’s about the mechanics to make the sound you hear. Whereas, the instruction for kids say: look at me, copy me, and kids just get it. Being adults, you need to ask questions like, what does my mouth have to do for this? Or, where is my tongue, or what’s my voice doing? So that’s the main challenge.

The second factor for French is very much around consonants that English native speakers are not familiar with. Then we have a lot more vowels in Australian English. So, taking all these extra vowels you have and deleting them so that they never happen in your spoken French is challenging; it’s very hard not to make sounds. Another main factor is the duration. The Australian vowels are very long and usually very horizontal. The French language doesn’t really ask you to open your mouth to the side.

So, watching out that your vowels sit more centrally with the shape of your mouth and making sure that you don’t elongate the sound which will change the tone of the voice by how open your mouth is. Just knowing the space you can play with sounds will help you speak more like a French native. Further, Sarah adds that she doesn’t know if she should say it’s impossible to lose the accent totally or not. Still, there’s a lot, there’s a significant scope of everyone understands what you’re saying, whatever words you say in French, and you can be understood, and you can understand everything in return.

There’s also nothing wrong with aiming for the best you can get with your pronunciation. If you are someone who likes sound and music and loves the language’s sound, you may want to devote as much time to the pronunciation as you would to the grammar. It’s about showing respect to the language and also matching it to the interests as a learner. She says that she may think of many instances of the languages when she was learning them in academies or other institutions; there is this notion that getting your idea out is the be-all and the end-all. But the cherry on the top is getting the tone, getting the expression, being able to show what your thoughts are, through the French sound, is really a wonderful thing to aim for.

Answering the question, Sarah replies that Phonetics is studied with the phonetic alphabet. It might look scary at first, but once you understand it, it’s way more comfortable for you to pronounce words and letters the right way.

A.) The tricky French R //R// So, this French sound is long, that’s the first thing you need to do. It is also a fricative sound. It is a sound that is the product of distortion of air or voice that holds for a duration. It’s a uvula consonant. The uvula is a little flap of tissue that goes back of your mouth. So, what you need is you’ve got air string coming from your lungs through your voice, and that airflow has to cause this to trill or vibrate.

In French pronunciation, the R is exaggerated. It is a sound you’re not used to; you’re not calibrated for it. It’s also longer than an English R than the French R. It will take a little bit of extra duration to make sure it’s long. Give it two seconds here in the throat. French people struggle so much to do that R too. You are required to lift the tongue and take the time to do the opposite of what the Australian English has to do to make that sound. Devy teaches the French pronunciation of the R sound here. 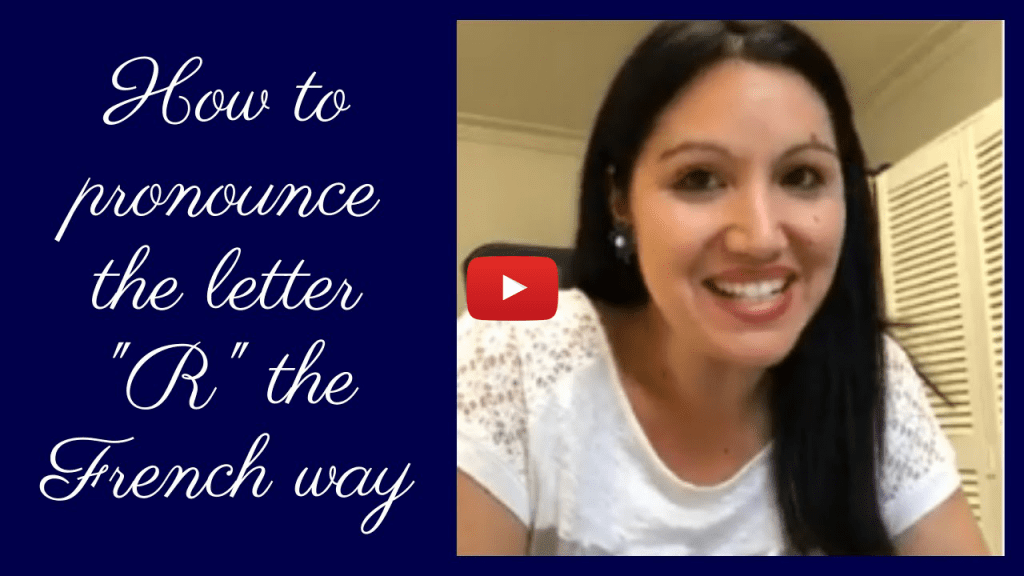 B.) French Pronunciation of Nasal Sounds 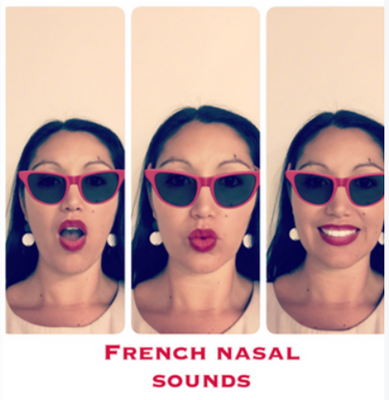 N and M are nasal sounds, and they can be quite tricky. So, when we produce a nasal vowel, we’ve got this thing called the soft palate. It just sits in our mouth, and that’s what we use for yawning. We kind of lift it for a yawn. We also use it for swallowing so that when we swallow our food, no food particles go through our nose. That’s like it is for mmmm and nnnn.

So, it has to stay down rather than seal at the top. We keep the flap down, but we have to send some of the air from the lungs. The pipe to my lungs has to send some of that air up. And the majority of the airstream has to come through the nasal passageway rather than the mouth cavity. So, just to add to that, for the French learners, we have annn and ommm and ennn  making the same sound in French as close as the most general French usual sound. 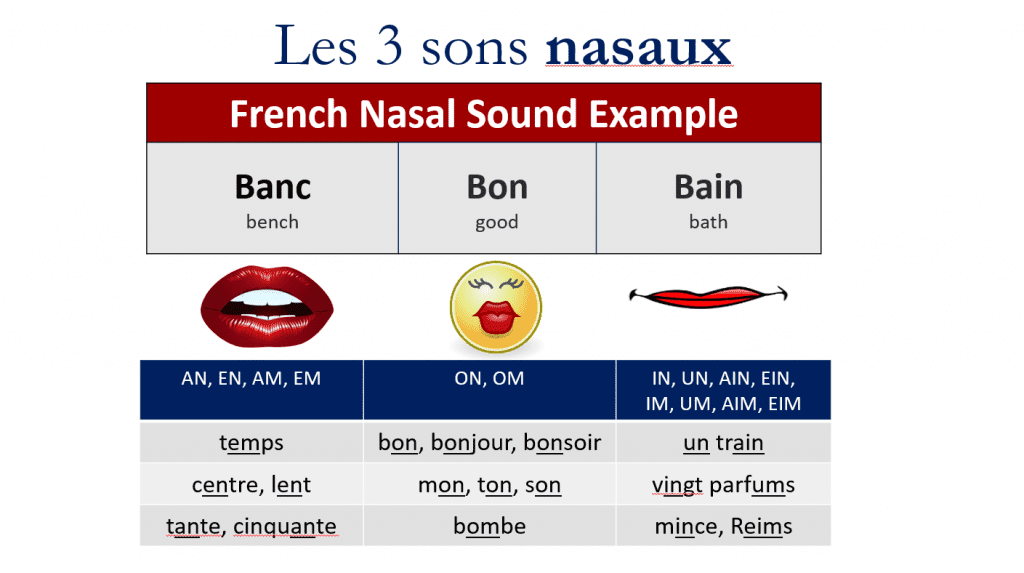 So, let’s look at this tricky part of French pronunciation. These sound can start out as very similar but over time you’ll get there!

No, the U vowel isn’t an easy sound for learners; the learners often switch it for OO. So, when we say you drank (bu in French), they say booo, which ends up being another word in French: boue (which is mud in French). It’s hard because when you go to say the one you’re hearing, generally with vowels, when we try to produce the vowel in our second language, we replicate and substitute the vowels we know. Vowels are categorized in three ways: front, central, back, which refers to where your tongue is.

Then, there are the central vowels in English; the only central vowel we have is e, like the E in French, you have that for je. It’s great that we have got the most common vowel of English that you can apply straight to your French all the time. And then the back vowels, this is where you’ll get into trouble. So here we have ooou, like you and Lou, or u like input. English has two “U” sounds: Look and Luke. The difference is the tongue is where your tongue is for words like these, sit: lightly back. Fortunately, French has the same alphabet as English, but the alphabets do different things. So that’s where you’ve got to watch out and know, according to the word or the spelling, what you’re placing on that vowel and then just take time to position it. Maybe even split the consonant at the front before you do the vowel.

Devy teaches the difference between U and OU sounds here. 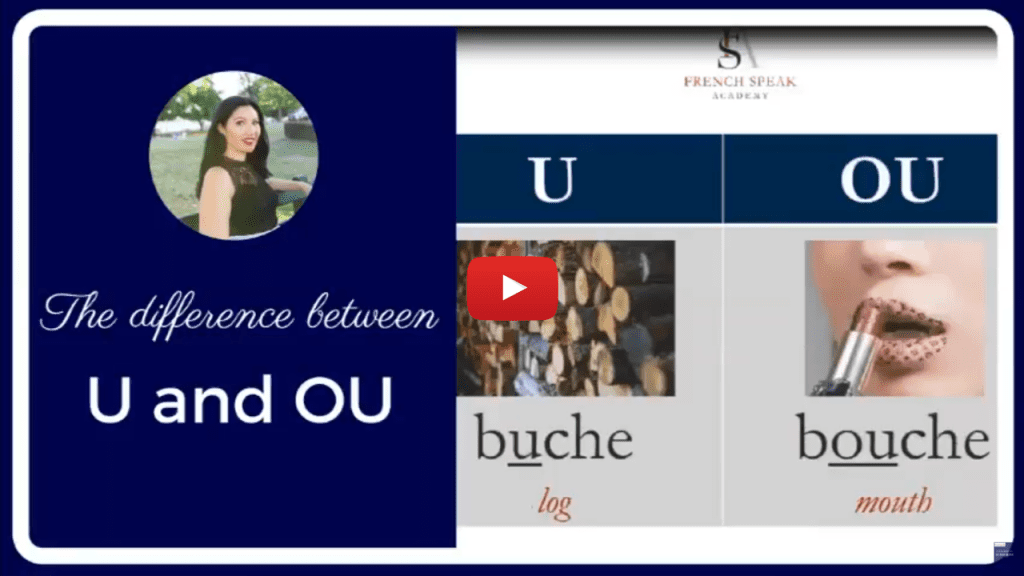 So, hopefully, from today on and from everything you’ve already learned so far about French pronunciation, you realize that sounds are not impossible to get as long as you put the system in place to create that specific sound. There’s nothing to stop you from doing it; you just have to know where that sound is formed and take stock and do it carefully. If you do it carefully daily with a regular drill, you will eventually be calibrated. You’ll never get it wrong. But it’s what you commit to.

Need a helping hand with French pronunciation and listening comprehension?

If pronunciation and improving your listening are something you want to dive in deeper with, take a look at the French Speak ‘Pronounce and Understand French better’ online course.

The course doors are now open and you can do the 12 modules in your own time. 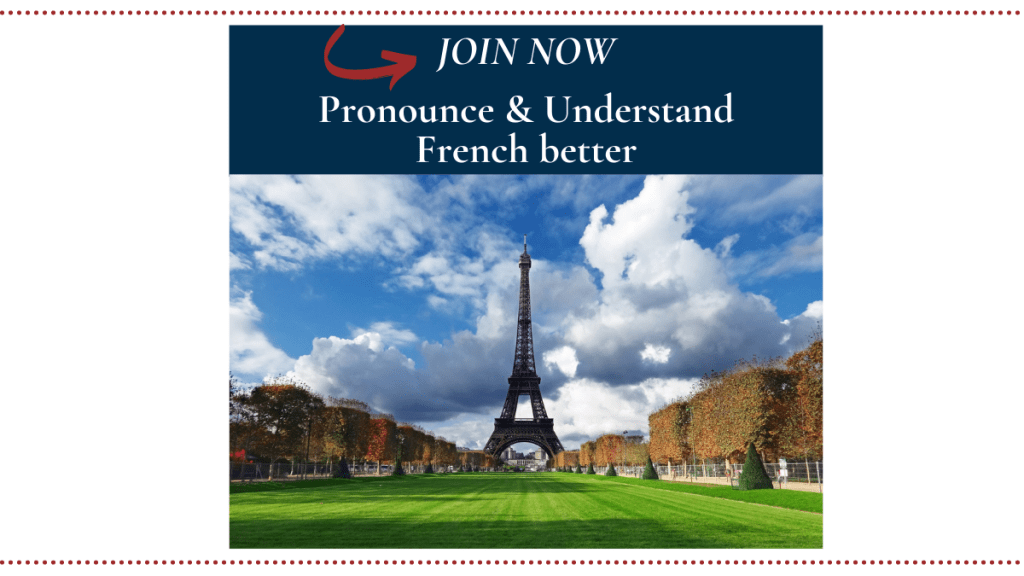